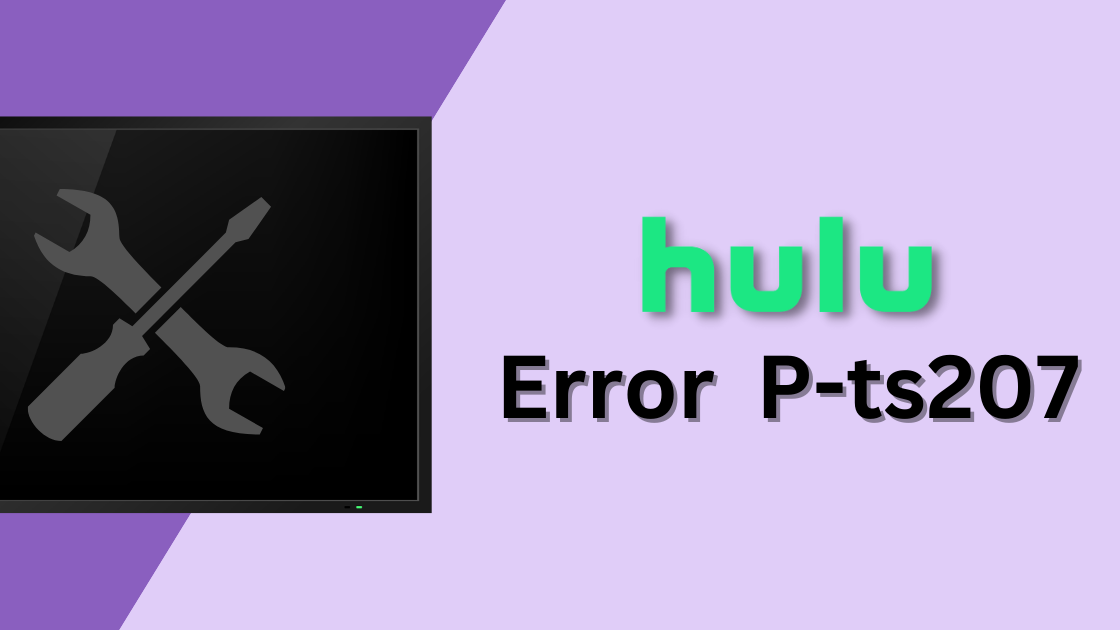 I was watching the World Series on Fox via Hulu.

Just when Mancini made a diving stop, my TV screen turned blue.

Hulu displayed the error p-ts207, which said, “We’re having trouble playing this”.

I tried restarting the app, but it failed.

While other channels worked, Fox struggled to load.

I searched the internet for a workaround, hoping to snap back into the match quickly.

I found a method that worked.

If you’re facing the Hulu error p-ts207, download the Hulu app on your phone and screencast the channel onto your TV. If your TV doesn’t have a built-in Chromecast, then screen mirror Hulu from your phone to your TV.

Screencast Hulu From Your Phone To Your TV

I know this doesn’t fix the error.

But I used this workaround to resume playing Hulu on my TV.

This is because the Hulu app was working fine on my phone.

To screencast Hulu from your phone,

If your TV doesn’t have a built-in Chromecast, use an HDMI cable and wireless display adapter to connect your phone to your TV.

Alternatively, you can also screen mirror your phone using a third-party app.

However, these apps are slow and choppy, so only do this if screencasting is not working properly.

Use Hulu Credentials On Network Apps

If Hulu displays the error on all devices, use Hulu credentials on network apps.

Downloading the network apps on your TV might consume some of your storage.

But the method is safe and works instantly.

Here’s how to do it,

This works for all Hulu-supported channels like Fox, CNBC, and ESPN.

You’re more likely to run into playback errors with an outdated app.

Hulu recommends updating the app to the latest version to fix playback errors.

To update the app on iOS,

To update the app on an Android TV or smartphone,

Will Hulu Ever Fix The Playback Error?

I went through the support page on Hulu and found out that the problem is on Hulu’s end.

There are only a few ways to fix it yourself until you wait for the latest update.

However, the problem with screencasting is it’s not easy on TV without an in-built Chromecast.

Downloading network apps on your TV takes up a lot of storage. Hence, it isn’t a permanent solution either.

The error code p-ts307 is a playback error. It can appear on single or multiple channels on your Hulu app.

Why do I keep getting an error message on Hulu?

You might face an error message on Hulu due to server downtime, an outdated application, or a problem with your device.

Ensure you have an active internet connection, clear the cache date, and update the Hulu app to the latest version.

Why does Hulu keep stopping to buffer?

The Hulu app might buffer due to slow network speed.

Hulu recommends having a speed of 3 Mbps for Streaming Library, 8 Mbps for live streams, and 16 Mbps for 4K content.

How do I fix the loading error on Hulu?

First, check if Hulu servers are down. Restart your Hulu app and power cycle the device.

If that doesn’t work, clear the app cache data and reinstall the Hulu app.

Maria Chan, or MC, as we call her, is the genius girl-boss who gave up on her cushy silicon-valley job to grind it out with us. Her undying pursuit of wanting Zeebox to the best makes it very clear that she has no interest in running a generic tech-site.